Antegods is a game by Codeglue. The game is described as a "stonepunk arena battle" set in a world where the Mayans were/are a space faring civilization.

The game calls for quick, improvised team strategies and tactics and features procedurally generated worlds in which players avatars are Totems, defending and charging their teams Titan warriors.

As such, the soundtrack for this game calls for an equally dynamic approach for which Claynote has been approached, known for delivering adaptive soundtracks. It is Claynote that involved myself for additional compositional input. 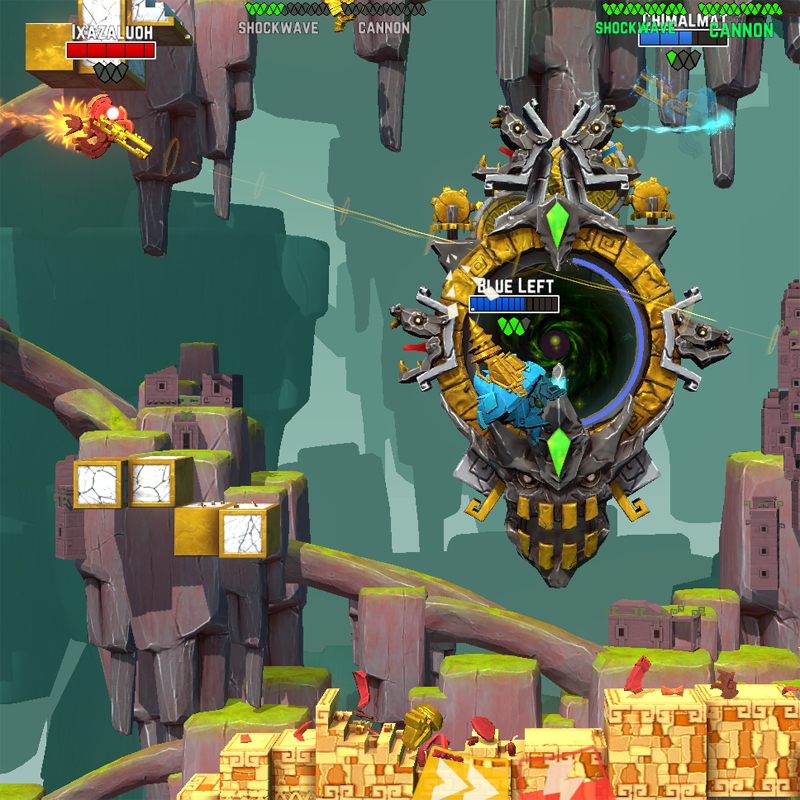 The premise of adaptive music is that it follows changes in the environment:

When the game is in a seemingly idle state (e.g. player is in exploratory phase) the accompanying music is more ambient in nature. When an enemy is sighted in the distance, slowly a new part is added to the music which leads to a steady increase of suspense.

When under full attack, the music responds with full sci-fi battle pomp to increase the impact of the cognitive onslaught.

As such, compositions are never linear in nature and can evolve differently on each subsequent game.

This calls for a different style of composition, lovingly called "vertical composition" by Rik Nieuwdorp of Claynote. For Antegods, the following layers of intensity exist:

Very little is known about Mayan music (except that it was mostly pentatonic in nature) but the premise of the game allows for plenty of creativity:

on one hand we allow ourselves the South American cliché of panflutes, blended with primitive percussions (scraping metal objects, pounding drums), while on the other the outline of the game calls for plenty of synthesis rooted in science fiction, coupled with other worldly processed vocals.

In other words: plenty of fun with sound design and mangling acoustic microphonic recordings into something completely different!

When can we enjoy it?

Antegods is looking to be released on Steam/Windows 10. The soundtrack will also be made available separately for your enjoyment.

You can follow the Development blog over at Codeglue to keep yourself in the loop!

Update January 2019 Sadly, work on the Antegods soundtrack has been abandoned indefinitely along with the game itself. The composed material will be rewritten for linear playback and released separately.