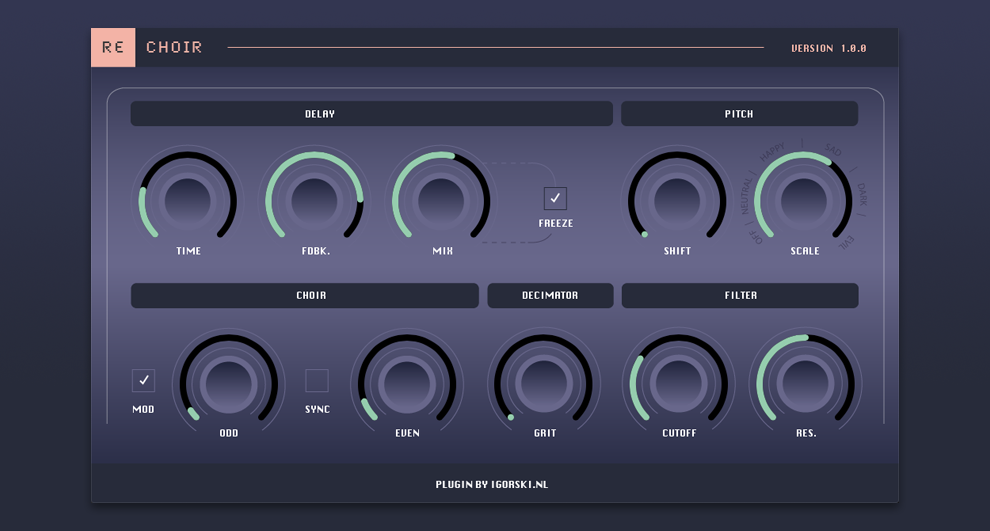 Rechoir is a delay effect where all the echoes can either harmonize with the source signal or be pitch shifted manually.

Harmonic changes can be synced to the tempo and time signature of your sequencer, keeping both the echoes as well as their pitch modulations strictly timed to your composition. 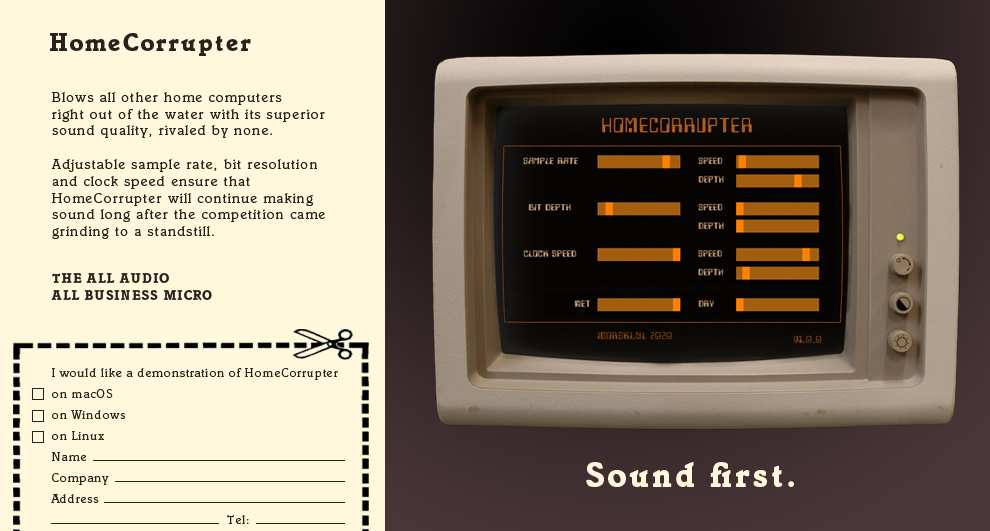 HomeCorrupter provides an effect that harks back to a period in which computers weren't actually that good at handling audio.

The plugin can degrade the resolution of any incoming audio signal by reducing the sampling rate and bit depth. Further lo-fi quality is achieved by reducing the "computers clock speed" which slows dow... 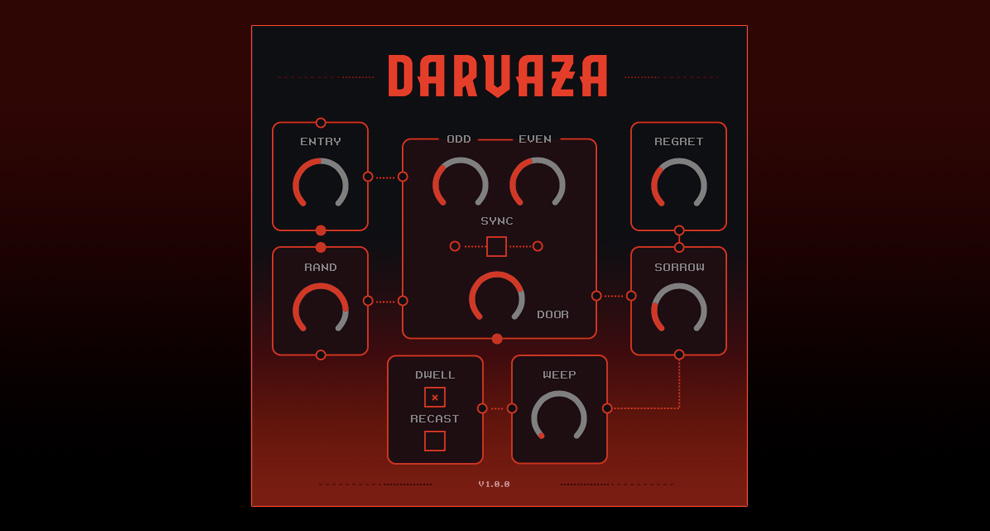 Darvaza is a multichannel gate with a twist : whenever the gate closes on your input signal, you get a perversion of your source spat back at you. It can however work as a time synchronized classic tremolo too.

The gate uses different waveforms and its individually tunable oscillators are synchronized to the host tempo and ti... 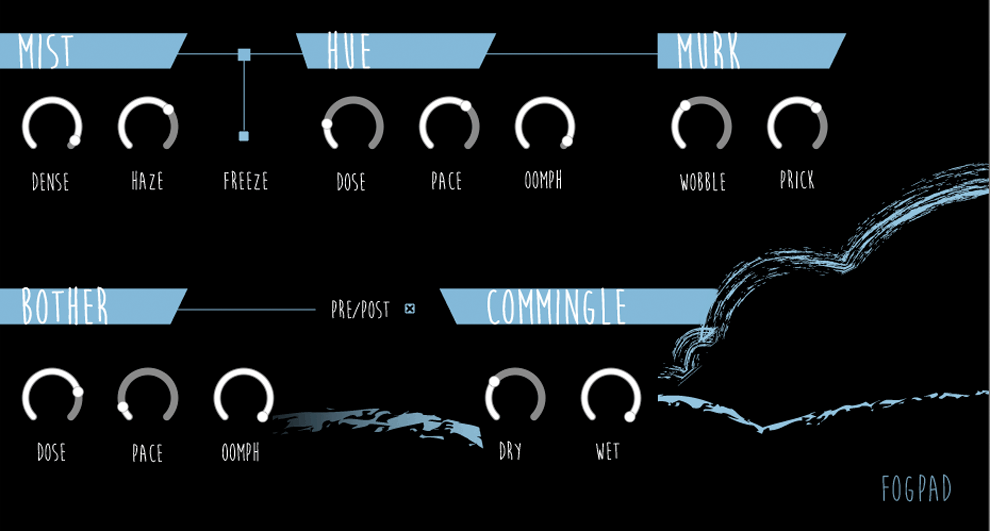 FogPad is a multichannel reverb effect with a little twist: instead of aiming to recreate a large amount of acoustic spaces, FogPad provides a murky nebula of frozen thoughts, recollecting long forgotten events. The reflections can be bent and transformed through use of its fully automatable parameters. 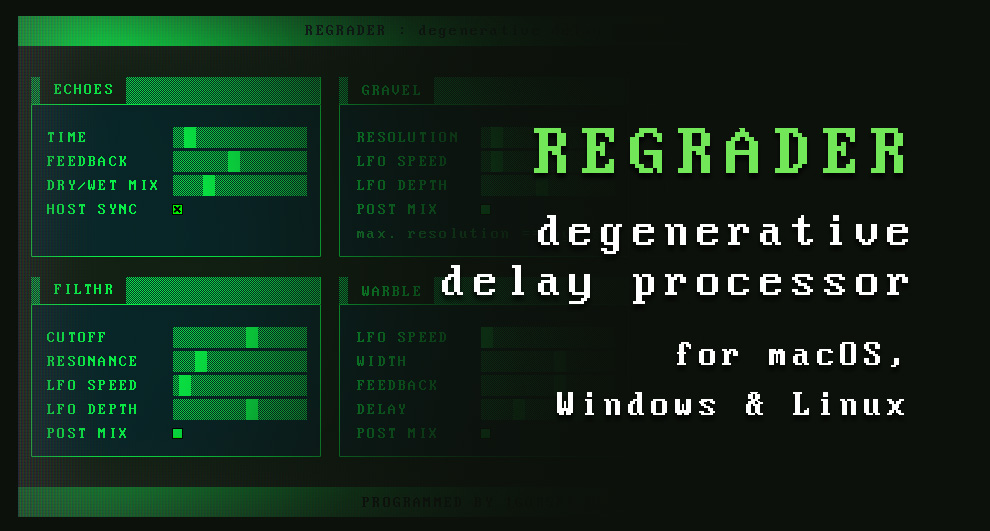 Regrader provides a delay effect in which the repeats degrade in various ways to provide a malevolent twist on the ears.

Echoes disintegrate, are decimated, piercingly oscillate and are finally mangled into a sound reminiscent of a jet engine choking on gravel.

Each of the modules within Regrader have different routing possi... 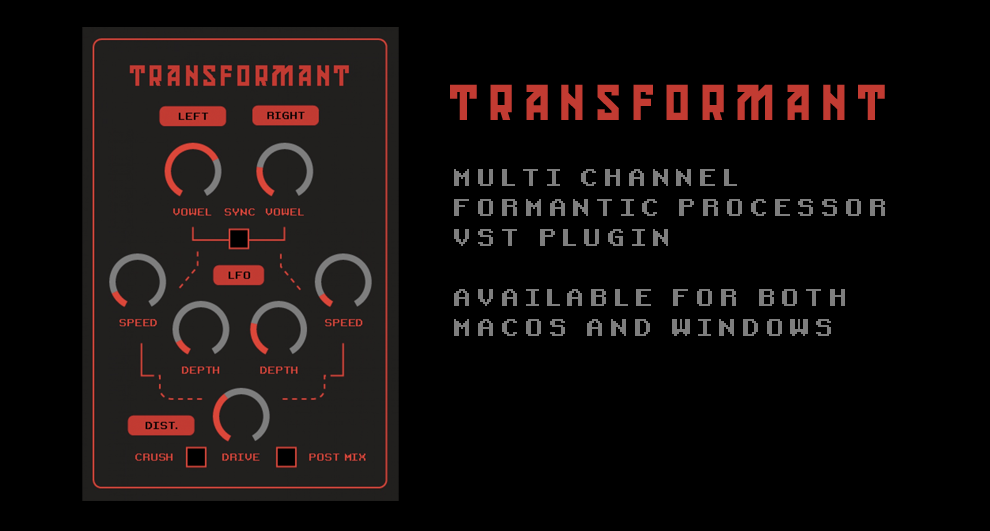 The sounds can be shaped across the stereo field with separate oscillators and vowel controls while the sound can be routed through a distortion chain to really accent the o... 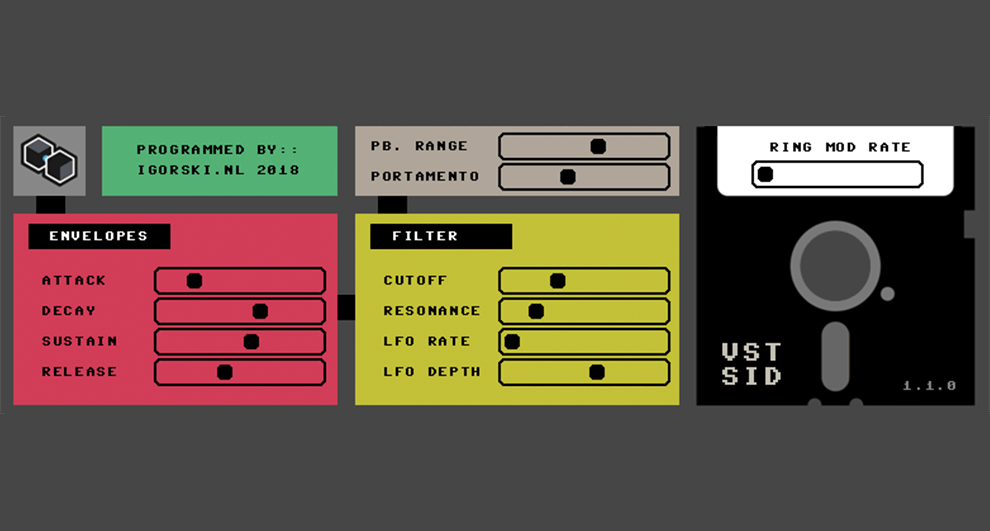 VSTSID, as its name implies, is the VST equivalent of WebSID, ported by popular request of those who wish to use the arpeggiated Commodore 64 sound within the comforts of their DAW. 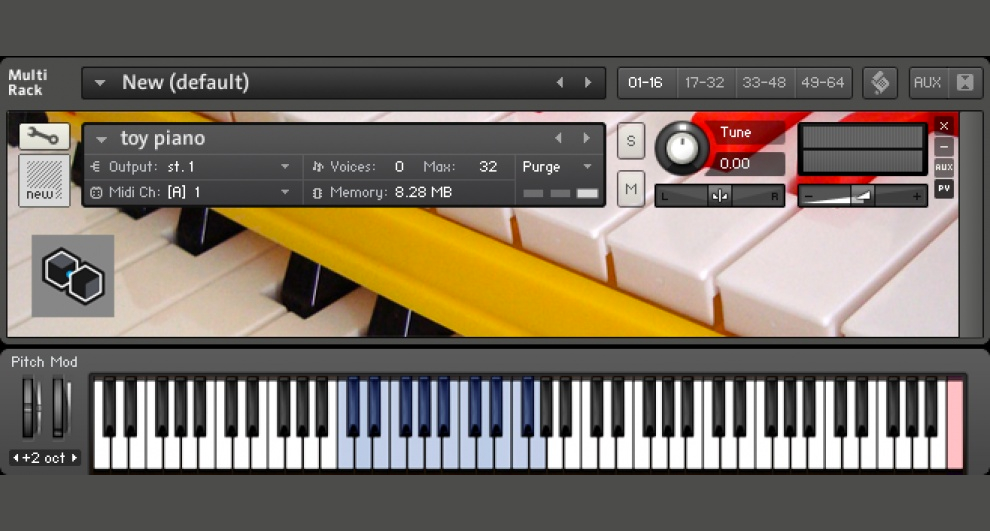 The timbre of the instrument can be best described as "thin" or "shrill" (as opposed to toy pianos with a more metallic resonance), but the instrument is tuned to work within the context of other instruments in order to provide less jarring...