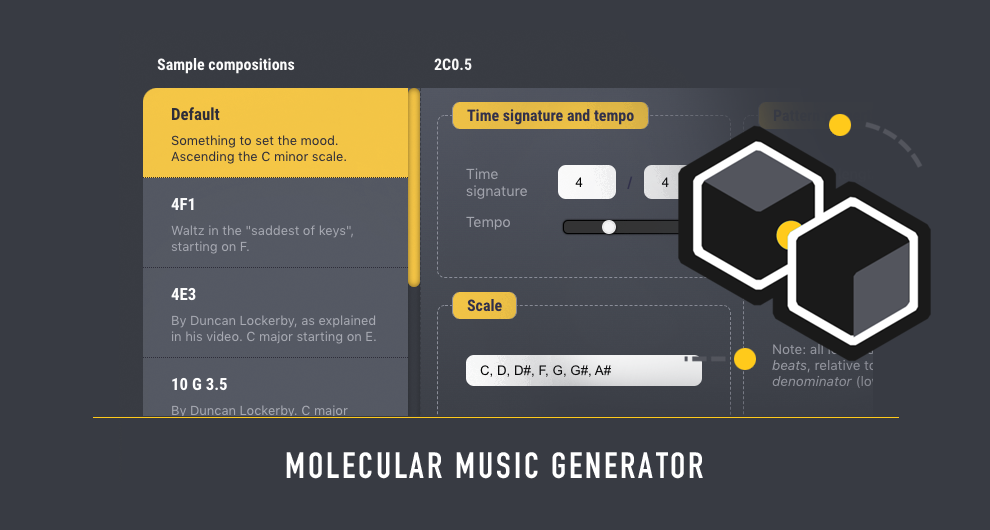 Algorithmic composition is an automated process where given a set of particular inputs, a unique compositions can be created. The algorithm is deterministic, which implies that the same input will always generate the same output.

The Molecular Music Generator (MMG) can be used to generate musical patterns which can in turn be fed to hardware or software instruments as it exports MIDI files.

The algorithm is based on the Molecular Music Box" by Duncan Lockerby. Experimenting with different note lengths, scales or even time signatures can lead to interesting results!

All generated compositions can be exported as MIDI files, which can be loaded into a DAW / sequencer software or sent to hardware synthesizers.

In order to facilitate quick experimentation, the application also supports live preview. Using a simple synthesized sound, you can audition the qualities of your composition, while being able to make changes on the fly.

MMG can run directly on any modern browser and offers: